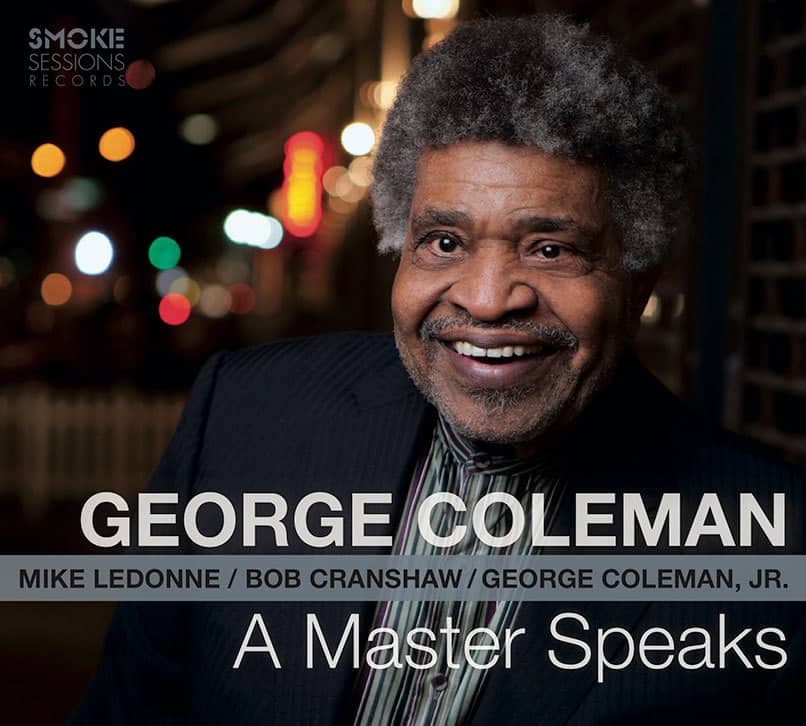 Invitation
The Shadow of Your Smile
Blues for B.B.
Blondie’s Waltz
You’ll Never Know What You Mean To Me
Darn The Dream
Sonny’s Playground
These Foolish Things
Time To Get Down

LIKE THE PRONOUNCEMENTS OF A SAGE, LEGENDARY TENOR SAXOPHONIST GEORGE COLEMAN’S NEW RECORDING A Master Speaks communicates both wisdom and wonder that bespeaks Coleman’s half century in music. At 80-years-old, Coleman sounds, as ever, both vital and timeless. He’s obviously invigorated by the deep sense of swing and classic hard-bop feel of the quartet he’s assembled.

A Master Speaks is Coleman’s first release as a leader in nearly 20 years and first recording since the 2002 all-star live tribute album Four Generations of Miles. The rarity of the session is remarkable in itself; even more special is the fact that it grew out of a desire shared by Coleman and his son, drummer George Coleman Jr., to finally record together. They’re joined by a stellar band featuring pianist Mike LeDonne and bassist Bob Cranshaw, with guitarist Peter Bernstein making a special guest appearance.

A man of few words, Coleman nonetheless conveys his thoughts with unparalleled eloquence when he speaks through his instrument, as profoundly evidenced by the nine tracks on A Master Speaks, his long-overdue return to the studio