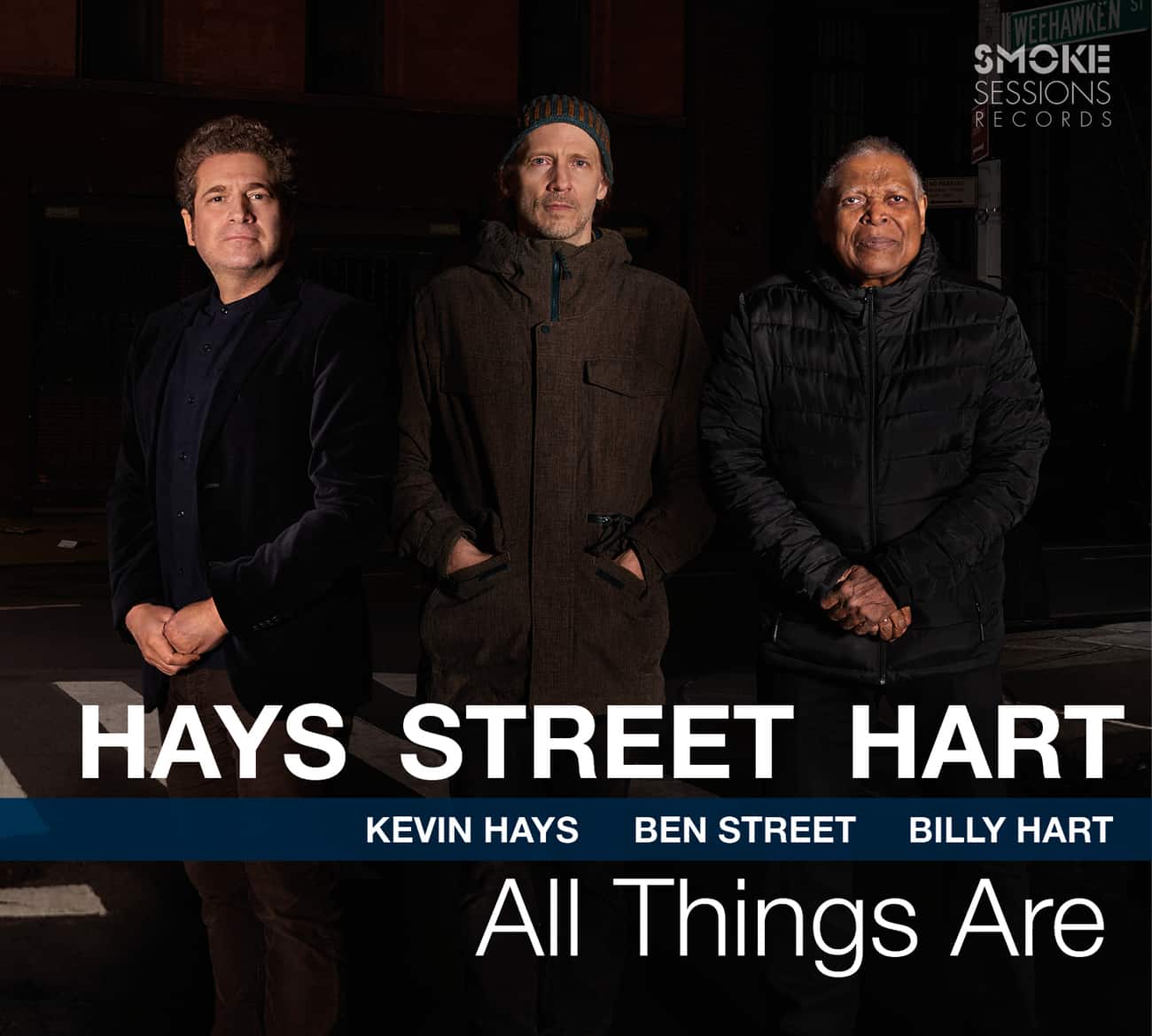 When pianist Kevin Hays, bassist Ben Street and drummer Billy Hart, three of the most admired and respected musicians in jazz, assembled on one of the darkest, coldest nights of at the end of a difficult year of despair, they were merely together to perform for Smoke Jazz Club’s livestreaming concert series in celebration of Billy’s 80th birthday. What happened next was music of such illumination and joy, that it was quickly decided that the music should be preserved and shared as a recording. All Things Are is the result of those performances, capturing these three artists in peak form and reveling in the simple pleasure of making music together after so few opportunities in almost a year. Their record wasn’t planned in advance, but sometimes less planning leads to exceptional results.

That these jazz all-stars from different generations, convening for the first time as a unit, achieved this sublime recital in an empty room, after a single rehearsal, is remarkable. That they were able to coalesce so fruitfully in this environment stems not only from their rarefied musicianship, but also mutual trust built on long-standing relationships.

Hays explains, “This is the way I like to play. As someone who loves improvisation, I do my best to not repeat myself. I like the unplanned and I tend not to be directive – these musicians already have a direction, which tends to be open. This isn’t a free trio; we’re not playing free jazz. But we’re playing with the tabula rasa spirit, with as little as possible figured out other than the bare bones.”

All Things Are is available on deluxe CD album (8-panel gatefold digipak) and in audiophile 48khz/24bit digital download format. All formats feature original photography by John Rogers and liner notes by Nate Chinen.