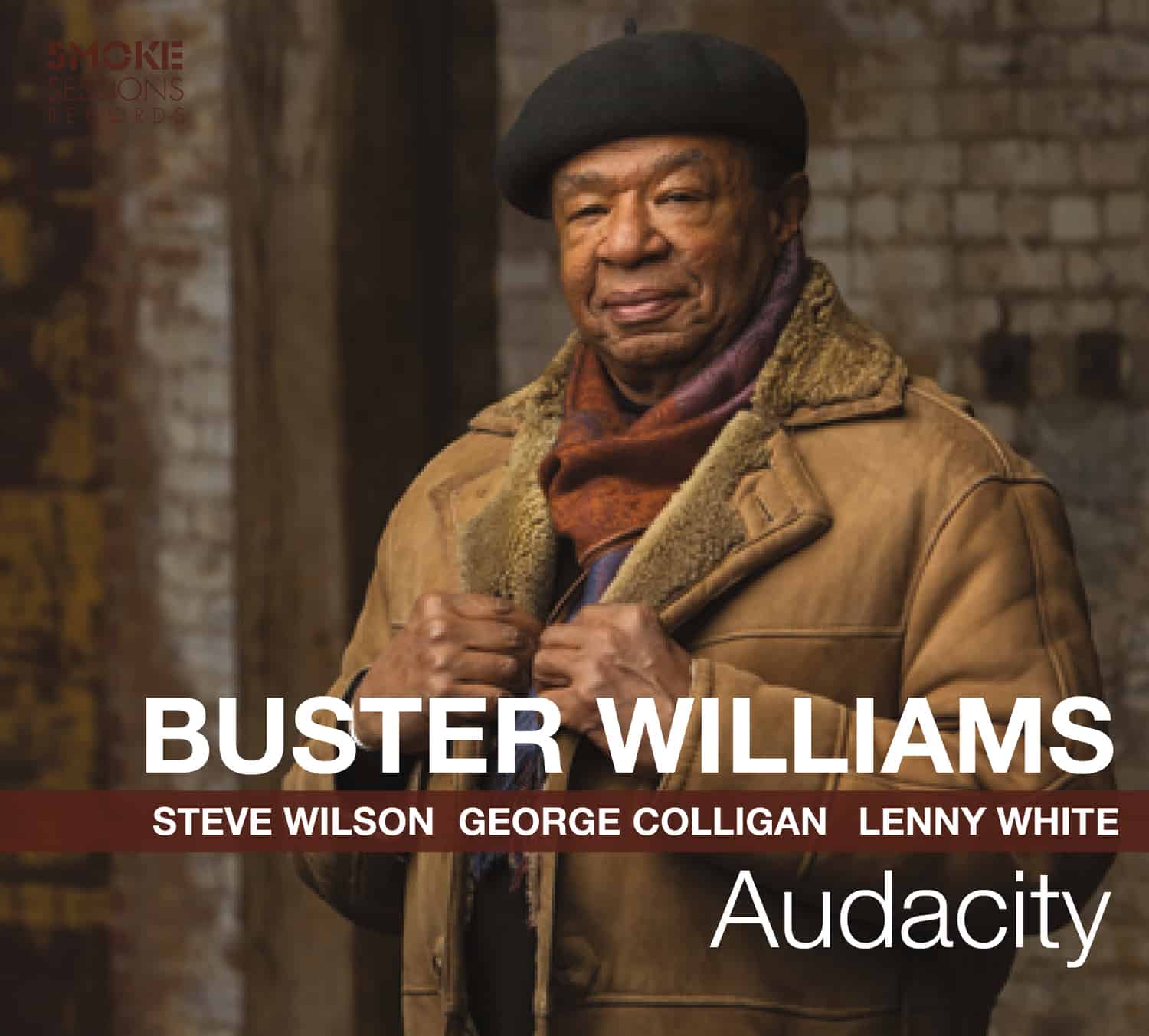 Audacity. It’s a word that seems ideally suited to the bold and intrepid bassist Buster Williams. Whether supplying eminently tasteful but strong-as-steel backing for singers like Nancy Wilson and Sarah Vaughan, or venturing into uncharted new territory as a member of Herbie Hancock’s groundbreaking Mwandishi band, Williams’ playing has always evidenced that fearless willingness to leap unhesitatingly into the unknown.

With his new recording, Audacity, Williams marks another chapter in that ongoing history. It album finds Williams stepping into the studio as a leader for the first time since 2004’s Griot Liberte, leading his long-running all-star quartet Something More with saxophonist Steve Wilson, pianist George Colligan and drummer Lenny White. Conceived as the legendary bassist celebrated the milestone of his 75th birthday, Audacity is a mission statement for an artist turning a new corner with the experience of three-quarters of a century behind him.

Turning 75 compelled Williams to re-enter the recording studio after a decade-long hiatus caused in large part by the seismic shifts in the record industry since the dawn of the new millennium. He was also driven by the continuing evolution of his long-running band, which had developed a fiery and wide-ranging sound that Williams felt needed to be captured. The release of Audacity, he says, will launch him on a new trajectory.

“If I only do what I know,” he says, “that’s like holding a nickel tightly in my fist: I won’t lose that nickel, but I’ll never have a dime. I’m always looking for something beyond what I know, what I can comprehend and what I understand.”