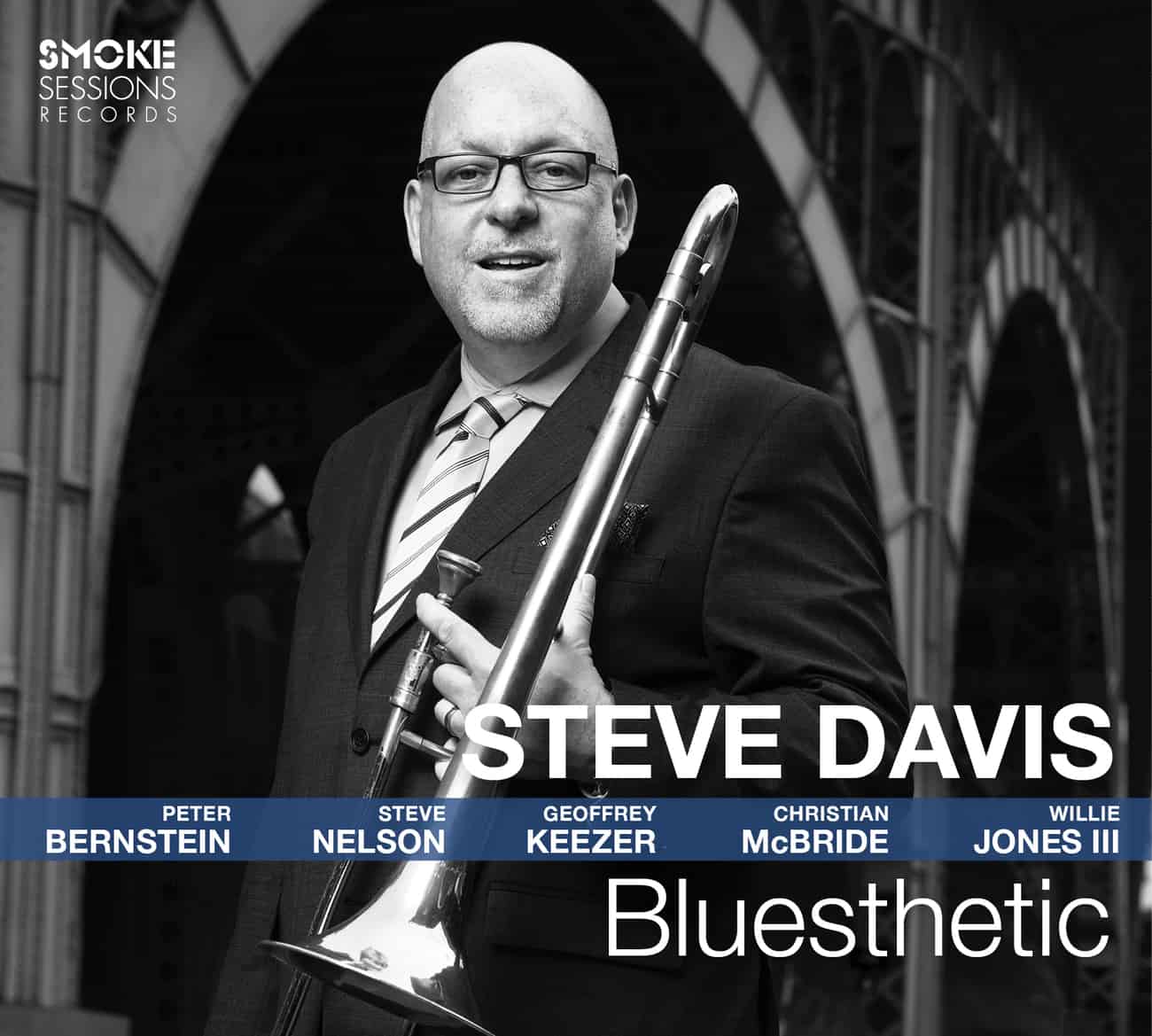 On each of his three previous releases for Smoke Sessions Records, trombonist Steve Davis assembled a stellar sextet featuring some of modern jazz’s most vaunted players. With Bluesthetic, Davis has done it again, but this time with a twist – instead of enlisting fellow horn players, he’s expanded the ensemble’s harmonic possibilities with guitarist Peter Bernstein and vibraphonist Steve Nelson. In the process he’s reunited the frontline from his 1998 album Vibe Up! for the first time in more than twenty years.

A frontline that stellar needs an equally gifted rhythm section, and Davis has surpassed himself in putting together a powerhouse one: pianist Geoffrey Keezer, bassist Christian McBride, and drummer Willie Jones III. Beyond simply gathering six of the most acclaimed jazz voices of their generation, however, the band represents a web of musical relationships stretching back decades – which only makes already vibrant music that much more compelling.

“Recording this album was kind of like a family reunion,” Davis says. “It was an absolute joy to have this whole group together.”

The hybrid title of Bluesthetic captures something essential about Davis’ music, a combination of the appreciation of artful beauty suggested by “aesthetic” combined with the foundational influence of the blues. “With my music, the blues is always going to find its way in there,” Davis explains. “I’m never going to stray too far from having some element of that language. I can’t help it; it’s what I love. And it definitely represents how this particular band approaches jazz music.”