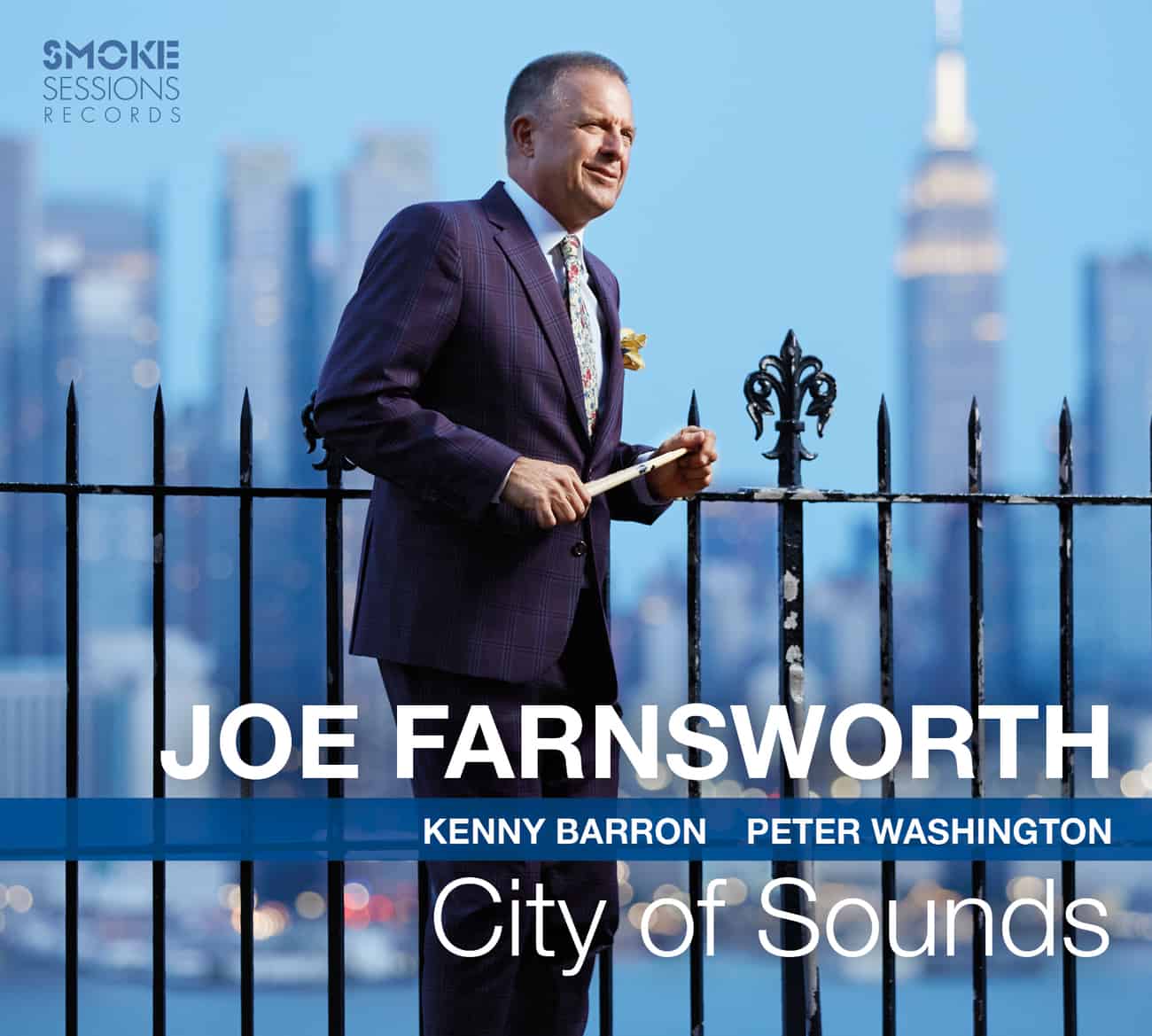 New York Attitude
The Surrey with the Fringe on Top
Ojos Cariñosos
Bud-Like
Moonlight in Vermont
City of Sounds
No Fills
Softly, as in a Morning Sunrise

Joe Farnsworth celebrates the fortitude of New York City’s jazz community with City of Sounds featuring legendary pianist Kenny Barron and stellar bassist Peter Washington. Captured onstage at Smoke Jazz & Supper Club, the three are reunited from the stellar drummer’s previous release, Time to Swing, which also included Wynton Marsalis in the line-up. Here, Farnsworth sticks to the classic piano trio, a format in which he’s thrived throughout his storied career including collaborations with McCoy Tyner, Cedar Walton, Harold Mabern, Hank Jones, David Hazeltine and ELEW, among many others.

Still in masks, separated by plastic barriers, playing to an empty club for an audience of virtual listeners streaming the music live at home—none of these inconveniences are reflected in the incredible music. In fact, the trio plays with as much or more vigor, wit, and muscularity than if the place were packed, delivering a rollicking set that spans the stylistic spectrum. This example of musical grit and determination by his bandmates is one of reasons that Farnsworth remains so dedicated to his adopted hometown, and why he was so proud to see it survive the incredible challenges of a turbulent period.

“People ask all the time if it’s still relevant to come to New York anymore,” Farnsworth concludes. “Without a doubt, if you were to spend a year here you would be a better musician. Why? Charlie Parker’s not here, but you still feel him. Monk’s not here, but you still feel him. Their presence flows through the streets. It flows the people. It’s the ultimate power source.”