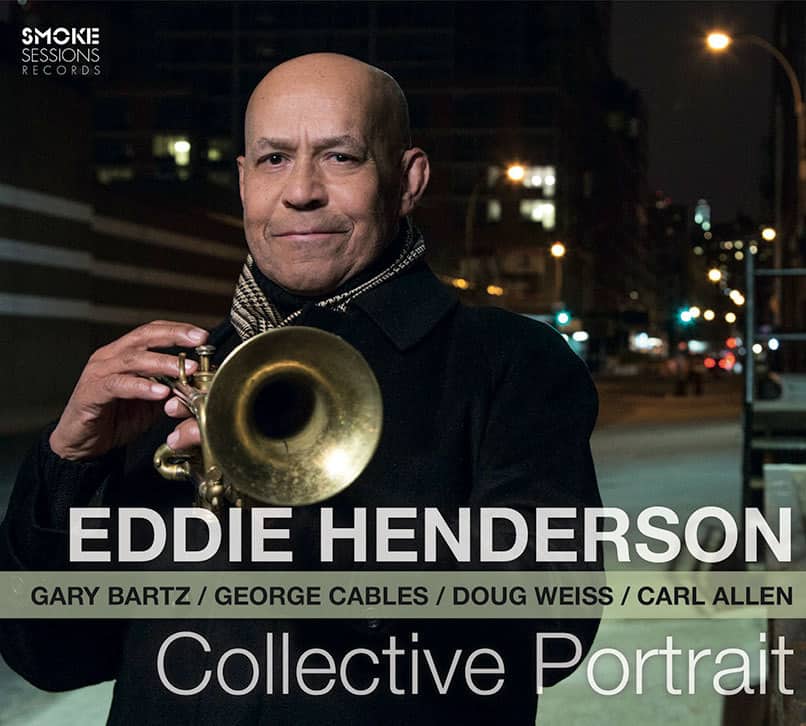 “I DON’T LIKE TO WRITE IN ALL OF THE NOTES,” says legendary trumpeter Eddie Henderson with a laugh, ”Miles always said, ‘just write a sketch and let all the musicians fill in.’ He’d say, ‘A collective portrait is better than a self portrait.’” It was advice that resonated with a young Eddie Henderson who, even after 40-something years, still relies on it as a primary organizing principle for his music. Eddie is someone who thrives on—requires really—a group that embodies the risk-taking and creative freedom that Miles encouraged and for Collective Portrait he has chosen some of the very best: Gary Bartz, George Cables, Doug Weiss and Carl Allen. Eddie says that he knew “instinctively” that this combination would have just the musical chemistry he wanted. Eddie, George and Gary have been making music together since the 1970s when he was still based in California and having them together again, he decided to revisit some of this Blue Note Records “hits” from that era, some of which have been famously sampled in recent years by acid jazz and hip hop artists. With updated arrangements, they breathe new life into “Sunburst,” “Dreams,” “Morning Song,” and “Beyond Forever.” They also delve into some of the iconic works of the hard-bop trumpet canon—“Gingerbread Boy,” “Zoltan” and “First Light”—giving Eddie an opportunity to put his personal stamp on these works made famous by Miles, Woody Shaw and Freddie Hubbard respectively. Of course, no one today plays a ballad quite like Eddie Henderson and there are several memorable ones in this set including “Together,” which Eddie’s wife, Natsuko wrote for him in celebration of their 20 years together. Collective Portrait is available for purchase as an 8-panel deluxe CD album complete with 2,000-word artist interview and additional photos, as a Mastered for iTunes download with digital booklet or as an audiophile 96khz/24bit digital download.