Colors for the Masters 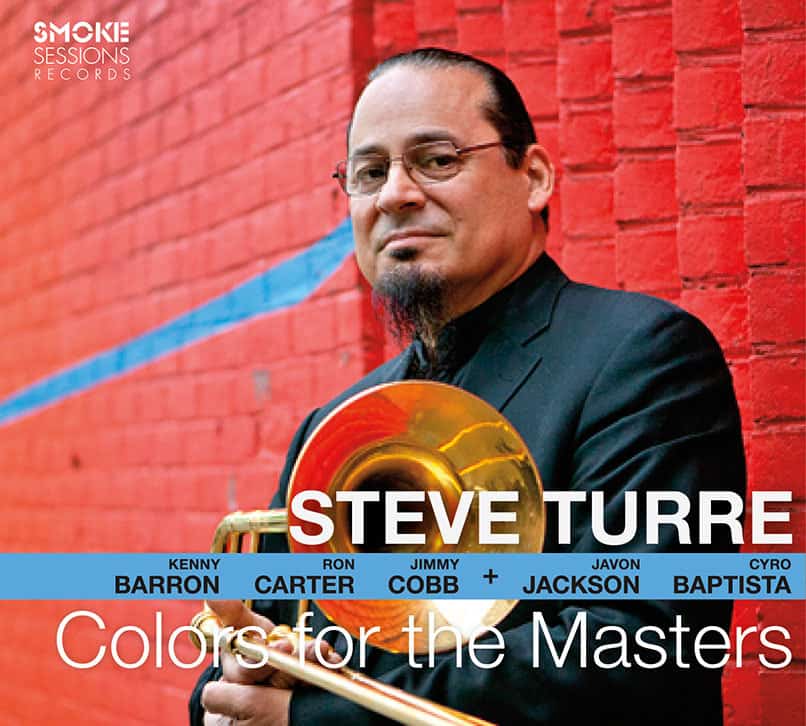 TROMBONIST AND COMPOSER STEVE TURRE SHOWS OFF HIS FULL SPECTRUM OF SOUNDS on his latest album, Colors for the Masters. The album’s ten songs, evenly split between jazz standards and original tunes that carry the torch for the tradition, offer a dazzling array of hues played in tribute to and alongside some of the elders that have inspired Turre. The leader’s own trombone virtuosity is only one color in a palette that also includes a variety of mutes and his wholly original conch shell artistry.

Colors for the Masters teams Turre with a rhythm section of legendary elders, each of whom shaped the trombonist’s distinctive voice: pianist Kenny Barron, bassist Ron Carter and drummer Jimmy Cobb. On four tunes the band is joined by saxophonist Javon Jackson, like Turre an alumni of Art Blakey’s Jazz Messengers; and for the album’s final tune, a stirring rendition of Jobim’s “Corcovado” on which Turre shows off his innovative shell playing, virtuoso percussionist Cyro Baptista also joins in. Together, they pay electrifying homage to other, departed luminaries like John Coltrane, J.J. Johnson, and Thelonious Monk.

While he has shared the stage with each of them over the years in various bands and all-star configurations, he says, “I’ve never had them play my music. I wanted to hear how their interpretations would open up new avenues of expression to me. I’m still trying to grow. I have a certain feeling and a certain direction in mind, and everybody on this record is in the same frame of mind about what jazz is and what this music means to them.”