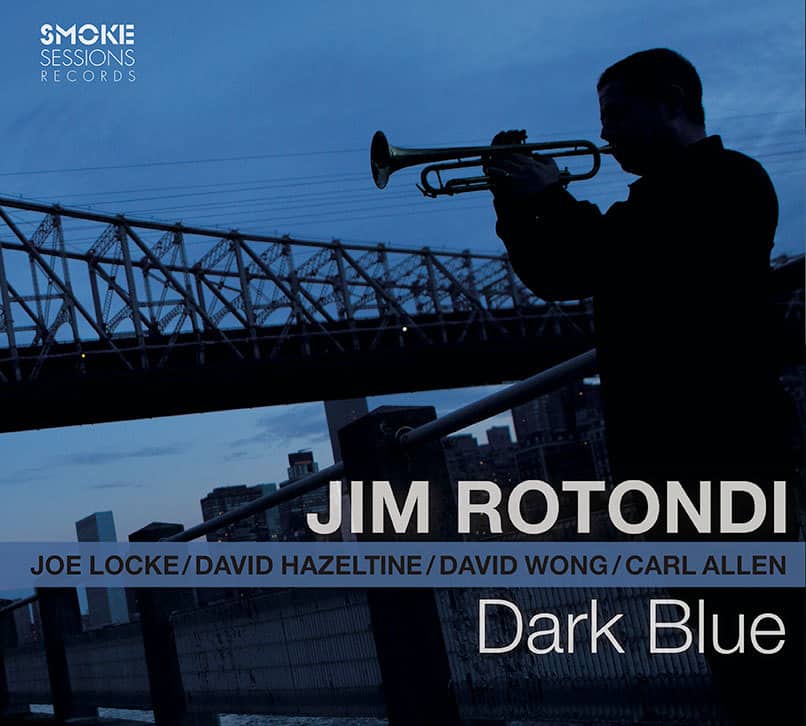 WHEN PEOPLE HEAR JIM ROTONDI for the first time, they aren’t likely to forget it. For 20+ years, Rotondi was one of the trumpet heroes of the New York City jazz scene and a musician whose fiery playing and daring solos firmly established him as a torchbearer of the Lee Morgan-Freddie Hubbard-Woody Shaw trumpet tradition. Like so many jazz greats before him, he’s based in Europe now, but he’s still blowing with the same intensity, if not more. His new recording, Dark Blue, uses the importance of place as a central theme and features music inspired by pivotal locations in his career from Europe to New York and beyond. While the title itself doesn’t reference any particular place, it’s a vivid description of this breathtaking music and this spectacular quintet that brings together hard-bop stalwarts David Hazeltine (piano) Joe Locke (vibes) David Wong (bass) and Carl Allen (drums). Dark Blue is available for purchase as a deluxe 8-panel CD Album with liner notes, artist interview and original John Abbott photography, as a digital download (including Mastered for iTunes) and as 96kHz/24bit high resolution download.