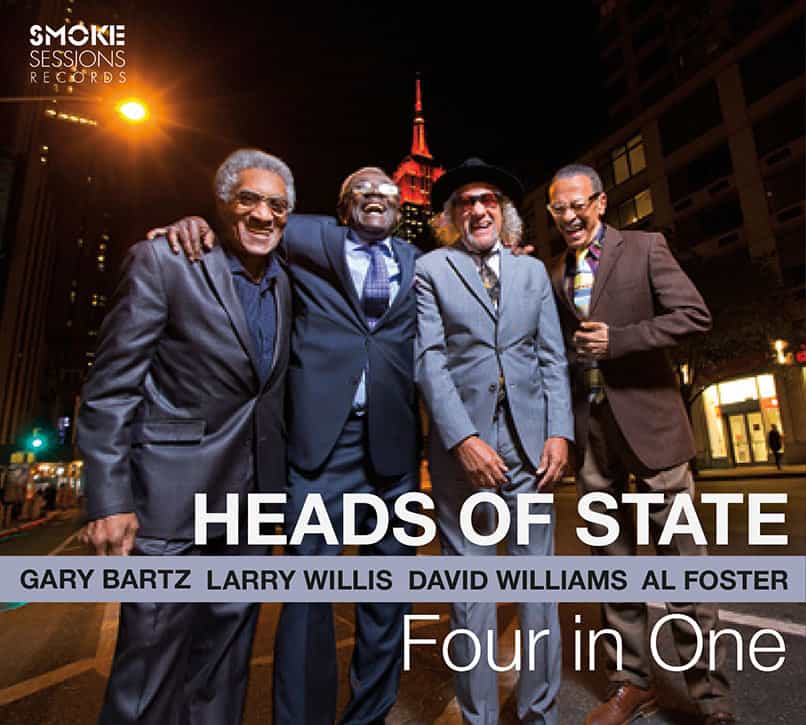 HEADS OF STATE MADE THEIR DEBUT in 2015 with Search for Peace, recorded just months after they played together for the first time as a quartet at Smoke Jazz Club in New York City. Now, with another year of playing together under their collective belts (on top of the nearly five decades of relationships shared by the various members), they return with a magnificent new album Four in One.

The title comes from the lesser-known Thelonious Monk composition that opens the record, but it also succinctly captures the group’s growing spirit and identity that have been forged by an all-star band that was originally meant to be a one-time thing. “We’re trying as best as we know how to establish our own identity,” Willis explains, “and not sound like a jam session band.”

Given the impeccable taste and wealth of experience of all four members, there was very little chance of a “jam session” sensibility emerging in any case, but in the short time they’ve been working together the Heads of State have developed a lithe and lively group sound that’s equal parts burning and elegant, sharp-edged and gregarious.

While the bands’ first album was thrilling because it brought together four revered and masterful musicians in one place for the first time ever, Four in One may be even more exciting because it announces their intention to continue to collaborate and evolve together. Given what happens when these four join forces, that’s one enticing prospect.