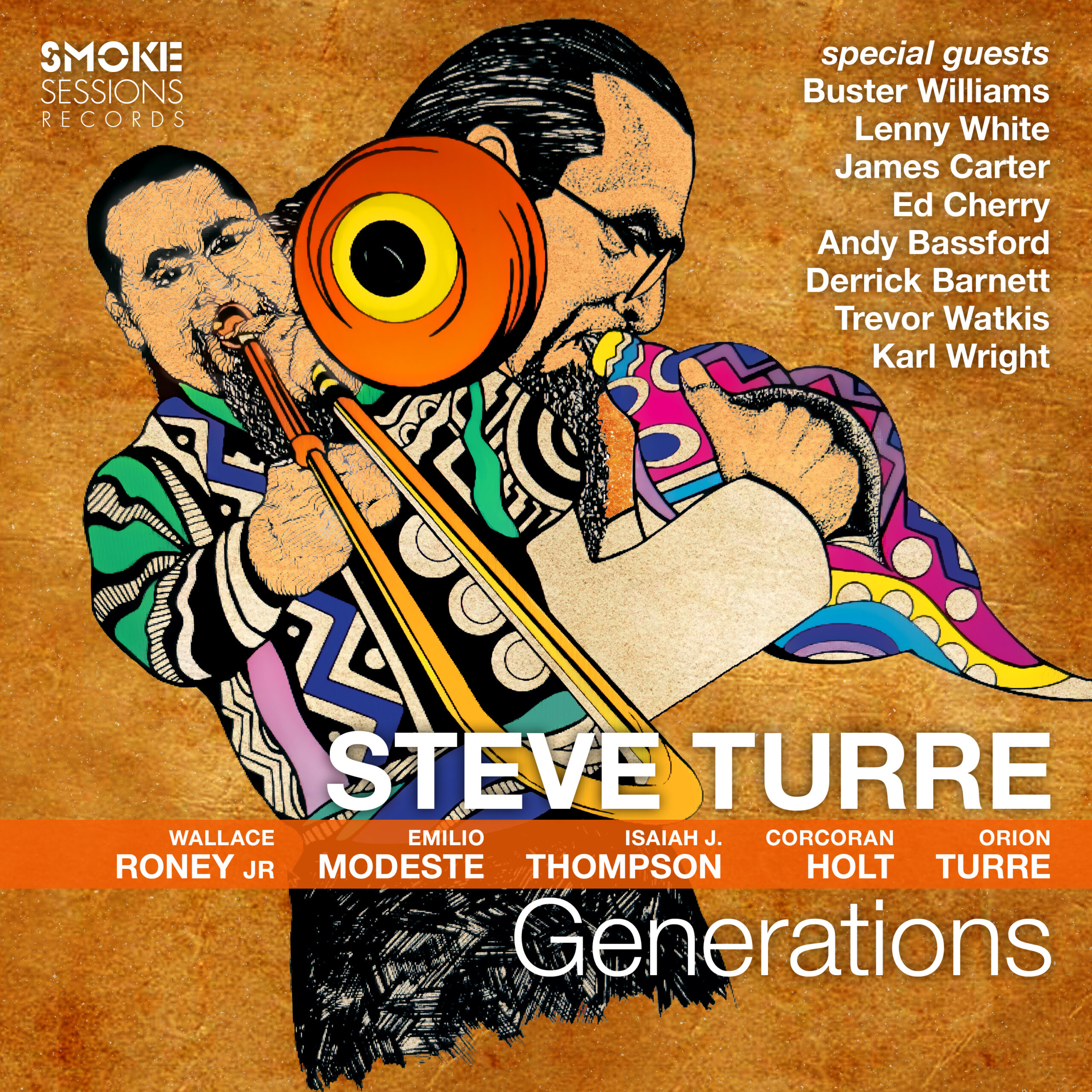 Steve Turre was passed the jazz torch early in his career by some of the music’s greatest masters – Art Blakey, Rahsaan Roland Kirk, Woody Shaw and Ray Charles, among others. In recent years he’s kindled the same flame in a younger crop of rising stars. On his new album, Generations, Turre brings the eras together, inviting still-vital legends to join a gifted band of rising starts to pay tribute to the elders who have helped shape his sound.

“There’s a balance between youth and age,” Turre says, “Age brings wisdom and knowledge, and youth brings enthusiasm and energy. Playing with each of them stretches me in a different way. The elders stretch me in ways of wisdom, but the youngsters fire it up. All of that is inspiring.”

That inspiration bears fruit in one of the most scintillating and eclectic recordings of Turre’s storied career. “I always like to play with musicians that challenge me,” Turre concludes. “So, coming up, I would usually play with people older than me. My challenge now comes from the youthful energy of the younger players. Jazz is not dead!”