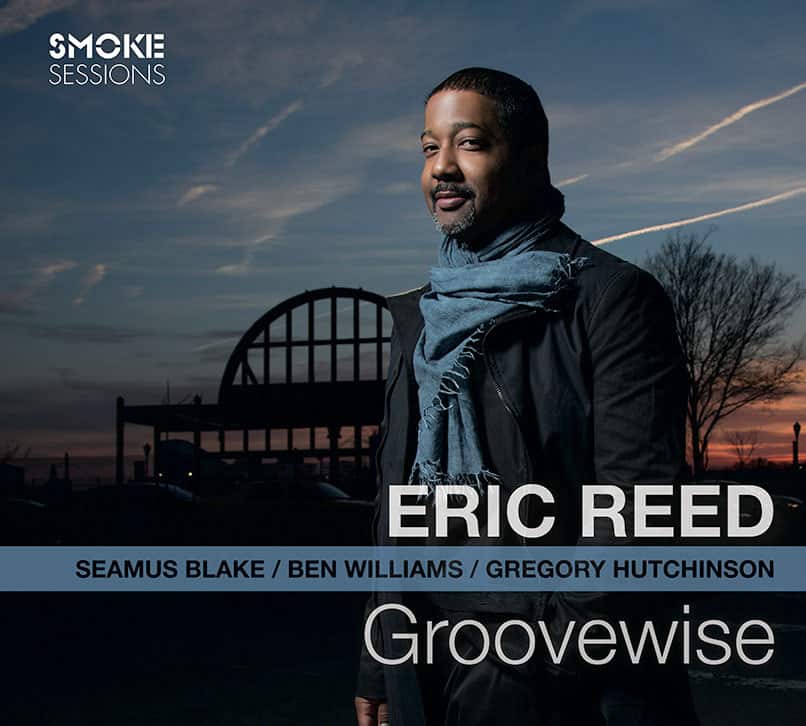 ERIC REED DIDN’T WANT TO MAKE A GOOD RECORD, he wanted to make a great one. The celebrated pianist and musician says, “I could have called guys who play exactly what I want; it would have been good and not very interesting. It would have been swinging or it would have sounded nice—there wouldn’t have really been a spark. You don’t just want to sound good. You want it to be amazing.” And, his Groovewise is that killing record. It features a memorable quartet with Seamus Blake, Ben Williams, and Gregory Hutchinson and is the first recorded meeting of Reed and Hutchinson in over 15 years. They are clearly inspired performing in front of a live audience and the creative energy flies off the bandstand. They open with an impromptu rendition of “Powerful Paul Robeson” for Clifford Jordan whose wife, Sandy, who was in attendance and they close with the extended title track “Groovewise” bracketing a thrilling set of live jazz. Several of the compositions are dedicated to the memories of Mulgrew Miller, Cedar Walton, and Marian McPartland and Eric’s “Until the Last Cat has Swung,” is a declaration that jazz remains alive and well in the hands of a new generation. Although Eric might not feel ready to be a “keeper of the flame,” jazz music is much better off that he already is. Groovewise is available for purchase as an 8-panel CD-Deluxe Album complete with liner notes, interview and additional photos or as a high resolution download mastered for iTunes.