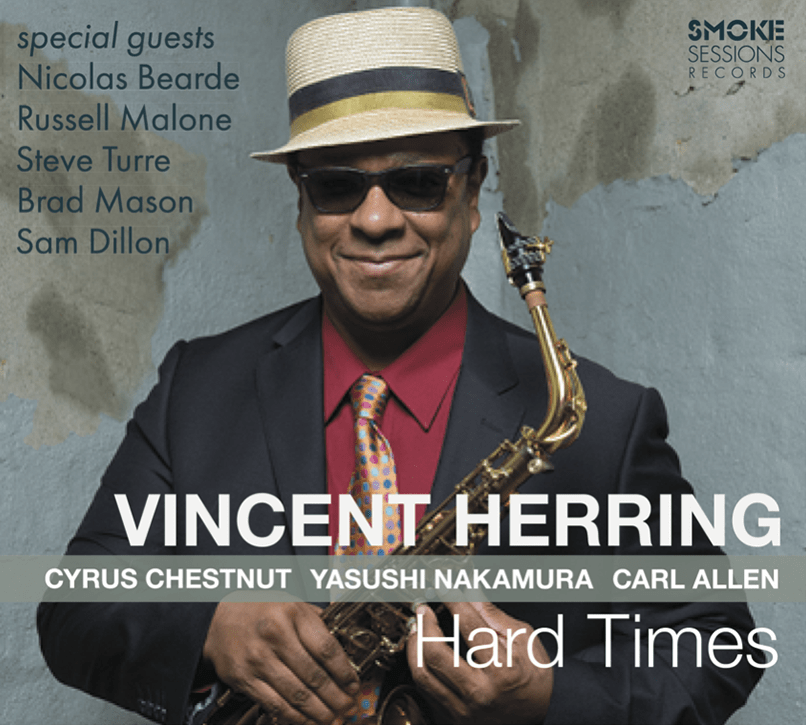 There’s no avoiding the hard times. Every human being that’s walked this Earth has had his or her share of blues, from the personal to the political, the local to the global. But with another ominous headline coming every day, with news alerts constantly erupting from our various devices, with social media facilitating vitriolic shouting matches between friends and strangers alike, it’s not too much of a stretch to say that our present era offers more than its fair share of challenges and burdens.

Herring has convened his own boisterous and soulful cabinet for the occasion, featuring a core quartet with pianist Cyrus Chestnut, bassist Yasushi Nakamura, and drummer Carl Allen. The band is bolstered on roughly half the tracks by the horn section of trumpeter Brad Mason, saxophonist Sam Dillon, and trombone virtuoso Steve Turre. Guitar great Russell Malone casts his spell over two tracks, while the rich baritone of renowned vocalist Nicolas Bearde graces three tunes.The selection of repertoire for Hard Times came down to a single principle: these are quite simply songs that Herring has loved over the years and have seen him through his own hard times – and he hopes his renditions will do the same for listeners. “All through my life, whenever I’ve had ups and downs, music has been the one thing that’s always kept it positive for me,” he says. “It’s always been something that I could come back to and dig into to lift my spirits. This record is meant to be fun, it’s meant to be uplifting, it’s meant to be something that people will want to listen to over and over again.”