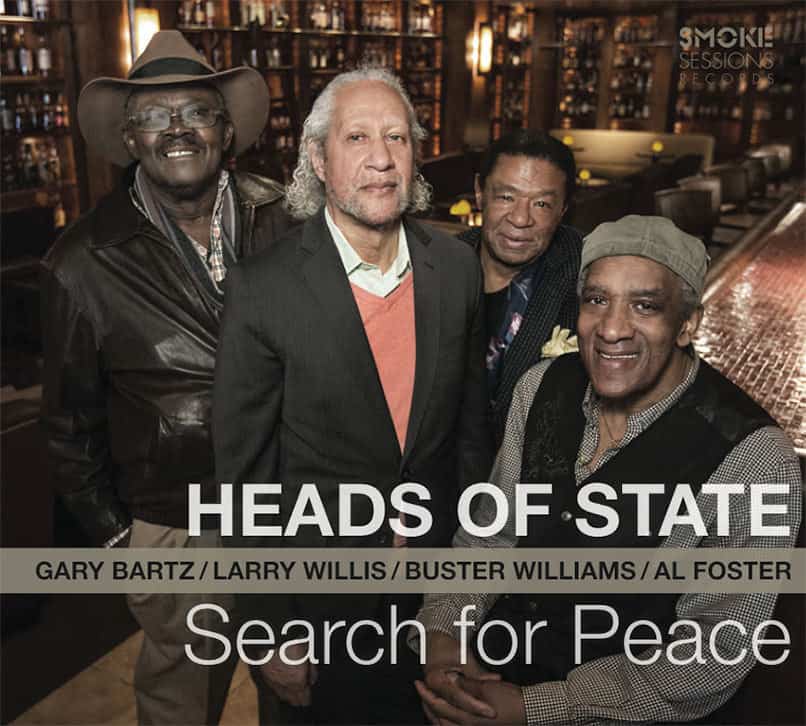 HEADS OF STATE, FEATURING FOUR OF THE MOST RESPECTED and admired jazz artists of our time releases its first recording Search for Peace. A band over 50 years in the making, Gary Bartz, Larry Willis, Buster Williams, and Al Foster had performed together countless times in different combinations and contexts over their storied careers, but it wasn’t until September 2014 that they appeared as a quartet. The occasion that night was a tribute to McCoy Tyner, and the results were so inspired and the response so overwhelming that they knew right away they had something worth keeping. As pianist Larry Willis puts it, “I don’t think there are any bands that are doing quite what we’re doing right now.” Now, their unique chemistry and musicianship is documented on Search for Peace. It features selections by John Coltrane (“Impressions”), Jackie McLean (“Capuchin Swing”), Benny Carter (“Summer Serenade”), Billy Strayhorn (“Lotus Blossom”) and, of course, the moving title track by Tyner (“Search for Peace”) Gary Bartz contributes two compositions (“Uncle Bubba” which Gary performed with McCoy and “Soulstice”) and there are two standards (“Crazy She Calls Me” and “I Wish I Knew” which Tyner famously recorded with Coltrane). It is a well-chosen and balanced set, but the selections are somewhat beside the point; this all-star quartet makes everything sound like magic.