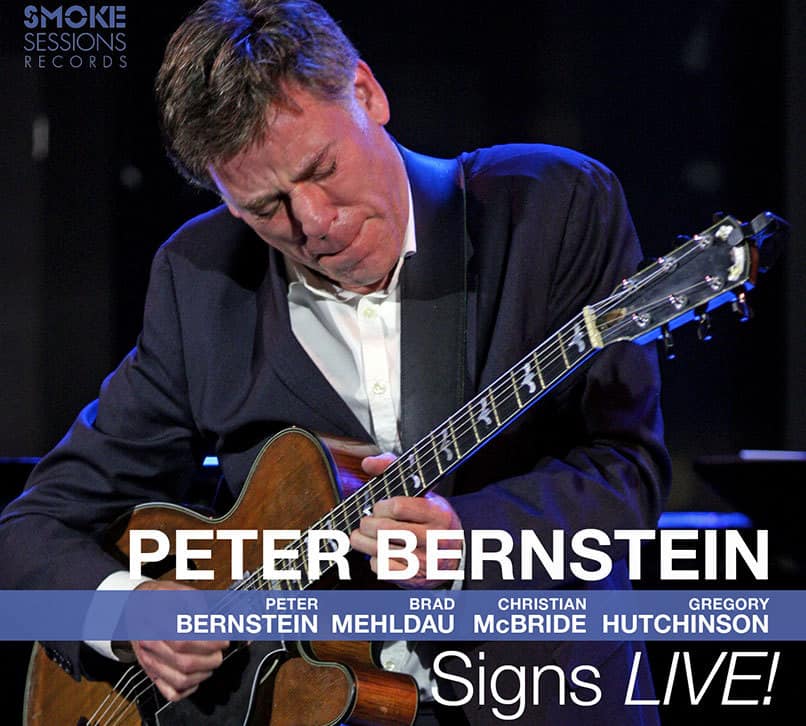 Bernstein’s second release for Smoke Sessions Records, Signs LIVE! allows audiences around the world to share the experience of the lucky few who were in the room for this summit meeting of four of modern jazz’s most revered artists. The two-disc set documents encompasses both sets of the quartet’s third and final night with each soloist given the space to work out—an opportunity which each of these musicians seizes brilliantly.

The fame of each member of this band speaks for itself. Bernstein, of course, is one of the most prominent guitarists in jazz, working notably with Sonny Rollins, Dr. Lonnie Smith, Jimmy Cobb, Lee Konitz and Lou Donaldson as well as a generation of stars that includes his Signs of Life band mates, Joshua Redman, Diana Krall, Nicholas Payton, Larry Goldings and Bill Stewart.

The selection of mostly original material on Signs LIVE! bridges past and present, including songs that were originally recorded for Signs of Life and have since become perennials in Bernstein’s repertoire (“Blues for Bulgaria”, “Jive Coffee”). The set list also features several pieces later recorded for Bernstein’s Smoke Sessions debut, Let Loose (“Let Loose”, “Resplendor”, “Cupcake”) along with other highlights from throughout the guitarist’s discography and a pair of Thelonious Monk classics.