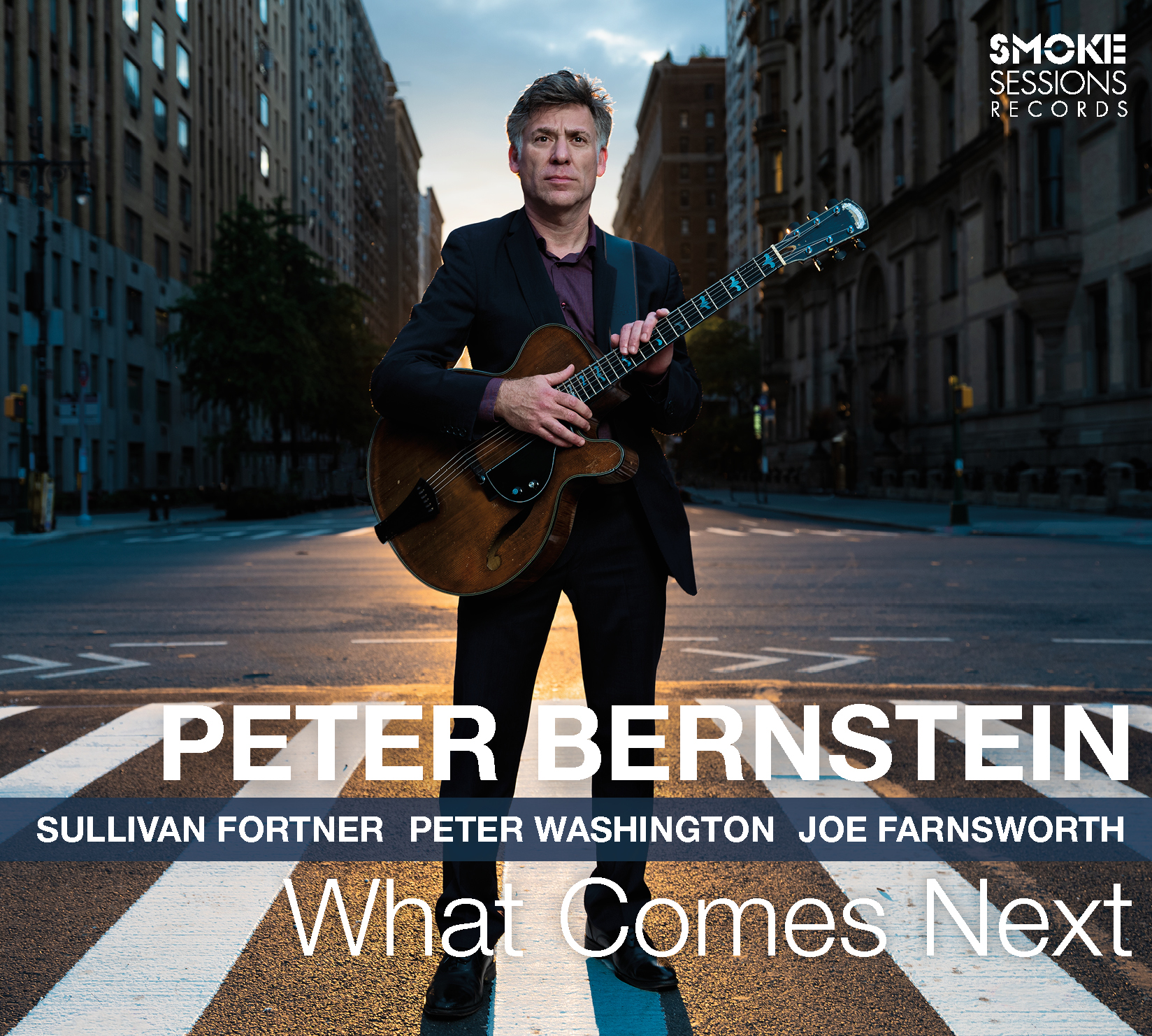 Peter Bernstein · What Comes Next

The title of What Comes Next, the latest album by guitarist Peter Bernstein, certainly echoes a question that we’ve all been asking ourselves in recent months. Locked away, wary of leaving the house during a global pandemic, divided by politics and protests, all during a most vital U.S. Presidential election year – any one of those issues would spell an uncertain future.

But look again at that title: Bernstein very deliberately left off the question mark. While the interrogative continues to apply, especially for musicians in a world without gigs, Bernstein set out to make a statement as well. His What Comes Next not only arrives in the midst of quarantine but was recorded during the lockdown as well. With what once was the simple act of gathering four stellar musicians in a room to play music together, this album points a musical way forward in the way that only the most incisive jazz can.

“Without the question mark, What Comes Next implies that you have some idea, some intention,” Bernstein explains. “That seems like such a huge concept now, but it’s inherent to the very idea of playing jazz. It’s the basic question that we deal with all the time when we’re given the freedom to improvise: now what do I play? What note should come next? Where are we in the conversation? With everybody’s lives being put on hold, that idea can be extended beyond the fact of just playing music.”

The timing was especially fortuitous as three months of isolation had given Bernstein plenty of opportunity to compose some new music. With tour schedules and conflicting dates hardly being an issue, Bernstein assembled a dream quartet for the date. He’s joined by Grammy-winning pianist Sullivan Fortner (Cécile McLorin Salvant, Roy Hargrove), drummer and frequent collaborator Joe Farnsworth (McCoy Tyner, Pharoah Sanders) and for the first time on one of the guitarist’s own sessions by the always exquisite bassist Peter Washington (Bill Charlap, Art Blakey and the Jazz Messengers).

“We all kept our masks on,” Bernstein recalls, “It felt a little strange at first, but I’m just thankful for the chance to try and create something with musicians I love. It was such a beautiful day.”

What Comes Next is available on deluxe CD album (8-panel gatefold digipak) and in audiophile 96khz/24bit digital download format. All formats feature original photography by Jimmy and Dena Katz and liner notes by Steve Futterman.