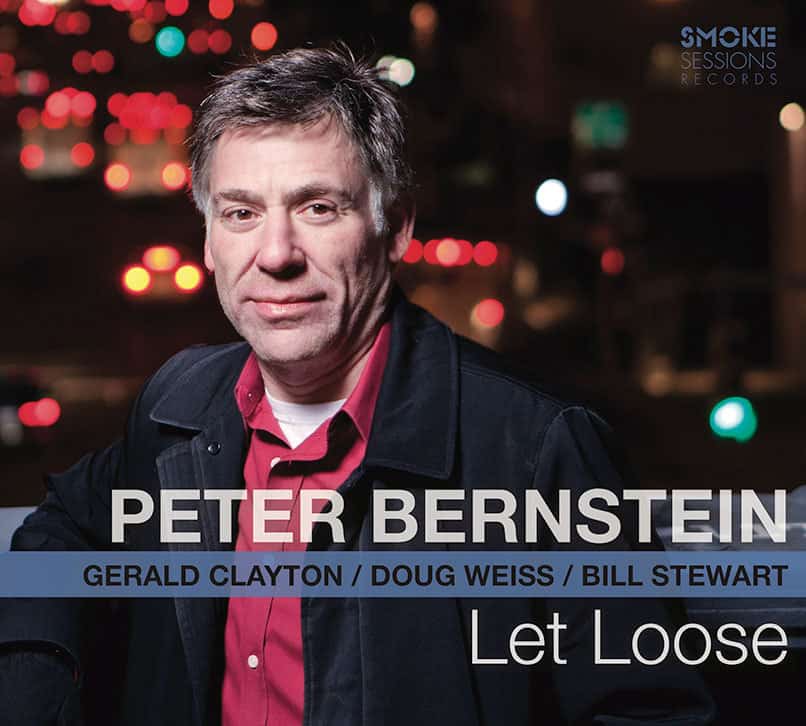 Guitarist Peter Bernstein is justly renowned as an interpreter of other people’s music. His unerring, relaxed swing, his stunning gift for crafting and developing sophisticated melodies, the un-showy but absorbing narrative arc of his solos, the just plain rightness of his in-the-moment choices—all of these account for his well-established status as one of the most in-demand musicians on the New York jazz scene.

Let Loose, Bernstein’s debut release for Smoke Sessions Records, shifts the focus to Bernstein the composer. Five of the album’s nine tracks stem from the guitarist’s pen. It also features a quartet of artists who are equally well versed in tradition and innovation, who can breathe ecstatic life into these pieces while simultaneously anchoring them with deep roots. Bassist Doug Weiss and drummer Bill Stewart are longtime collaborators stretching back nearly three decades. Gerald Clayton is the newcomer but brings along a reputation as one of the most respected pianists of his generation.

The spirit of the session is pithily captured in the title of the album: Let Loose, a case of simplicity masking complexity. The surface meaning suggests an unbridling of passion, an opening of the floodgates of expression that definitely characterizes the playing of all four members of the quartet. But there’s also the suggestion of the need to allow oneself to be loose, free, open to whatever may come—a guiding principle on the stage as well as off.