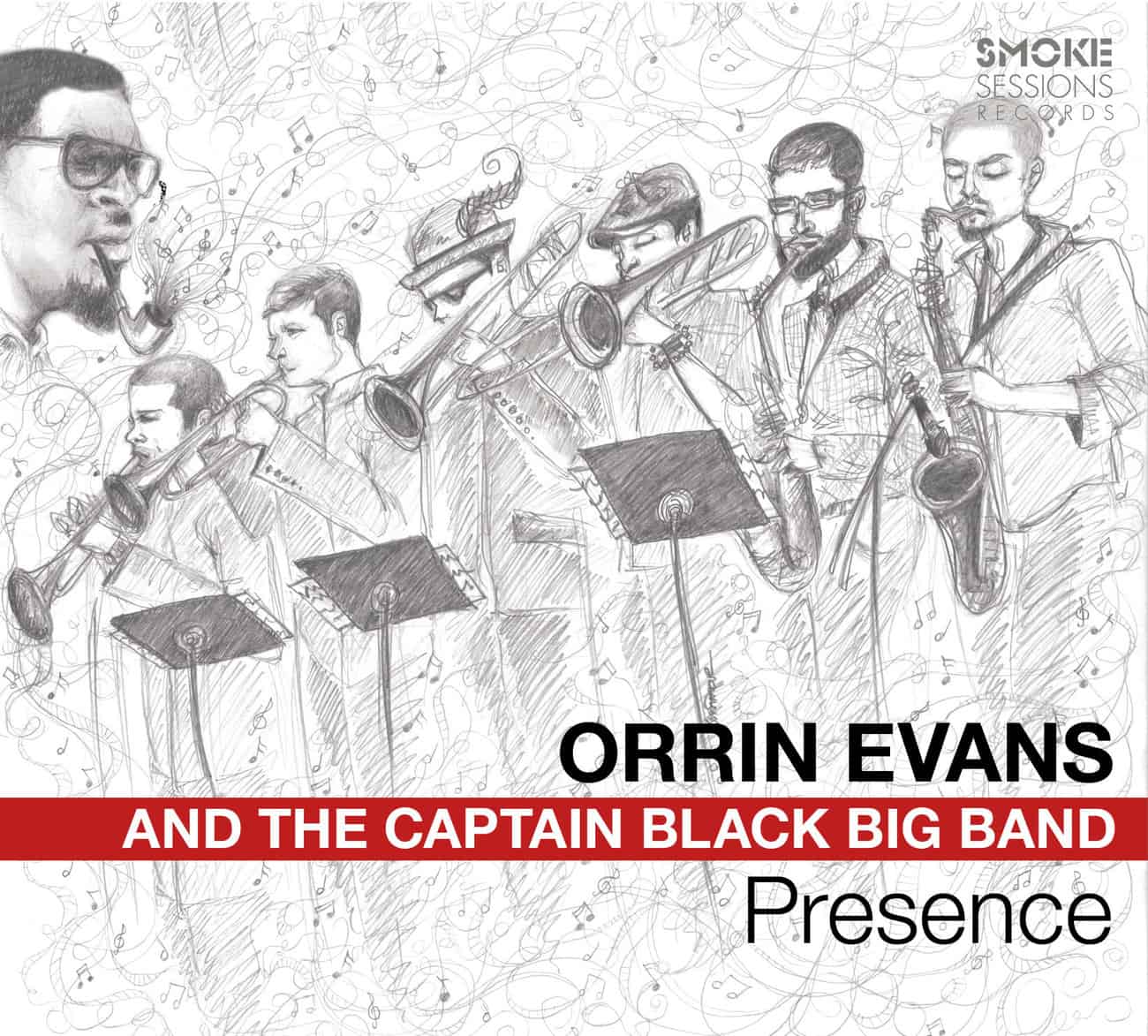 THE TITLE OF ORRIN EVANS AND THE CAPTAIN BLACK BIG BAND’S THIRD ALBUM, PRESENCE, REFLECTS THE ESSENCE OF THE BAND’S ETHOS: This recording captures what it was like to be present, in the moment, on these occasions. The album was recorded live at two Philadelphia clubs: Chris’ Jazz Café (the site of the band’s birth) and South Kitchen & Jazz Parlor. The recording retains the feel of those rooms, with lively crowds, the clinking of drinks, and playful interactions between the musicians and the audience.

The band as represented on Presence is a smaller, tighter unit than on its two previous outings. This 9-piece version of the ensemble is, in some ways, a practical decision. An 18-piece band is an unwieldy and financially daunting endeavor at the best of times, and this pared-down incarnation also proved to be a better fit for the intimate stage at Smoke Jazz & Supper Club, where the band enjoyed a long-running residency. But this new, streamlined Captain Black also reveals a core family of musicians who have entered Orrin’s sphere over the years and remained as loyal and enthusiastic collaborators.
That feeling of camaraderie extends to the ensemble’s repertoire. Unlike many a big band, Captain Black was never undertaken as a vehicle to spotlight its bandleader’s compositional or arranging chops. Orrin has long been more interested in seeing what other writers and arrangers bring to the table, either rethinking his own tunes as big band charts or offering their own pieces in expanded arrangements.

“I look for something different in the Captain Black Big Band,” is the way that Orrin puts it. “What I look for is the ability and the desire to be a part of a family, which stems from what I saw growing up in my household. You have to be ready and down to be a part of this. I actually get disappointed sometimes when other people don’t see that.”