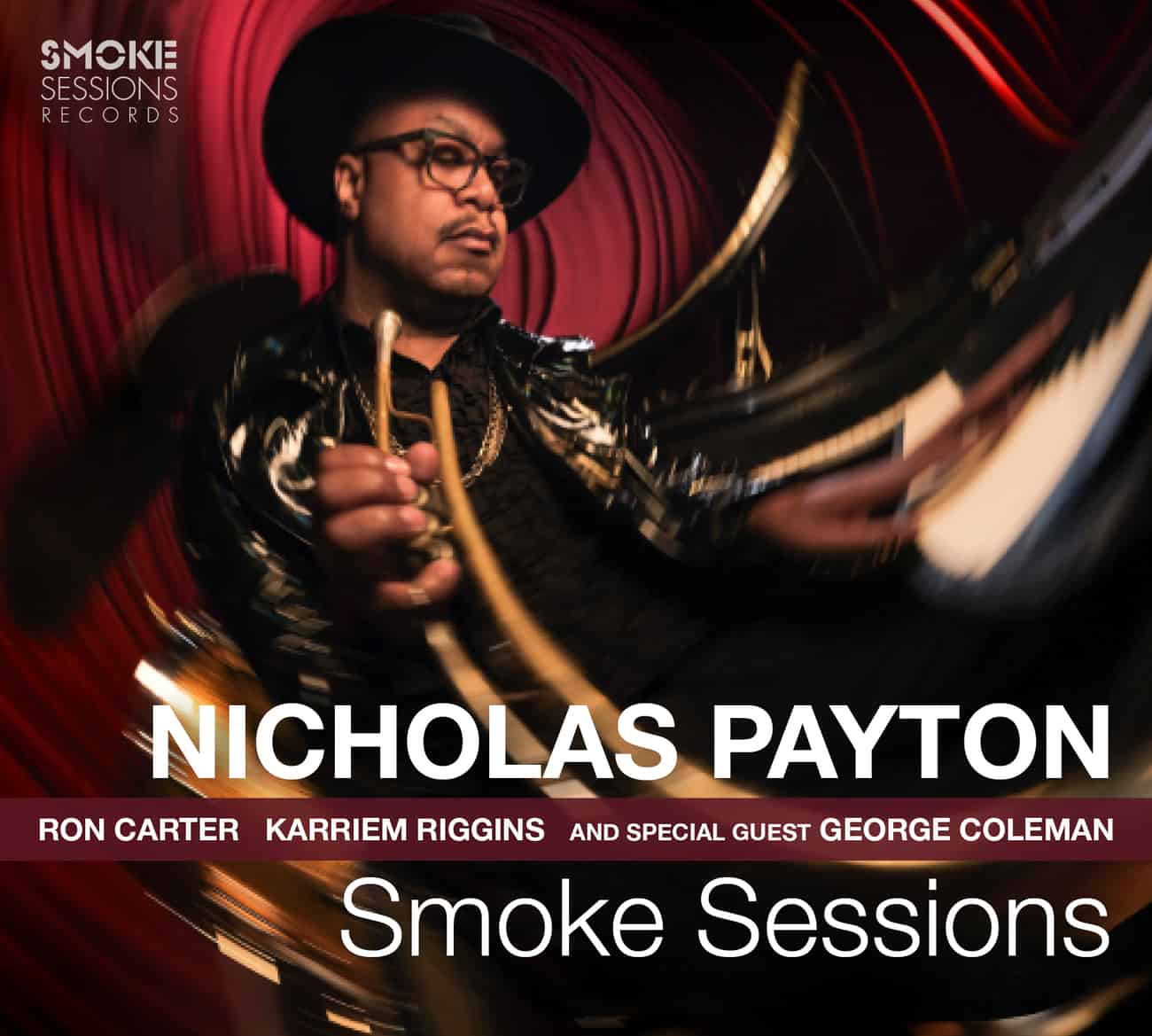 NICHOLAS PAYTON REALIZES A LONG-CHERISHED DREAM to record with icons Ron Carter and George Coleman, abetted by his longtime-collaborator Karriem Riggins on his album, Smoke Sessions.

For a young Nicholas Payton, Miles Davis’ 1966 album ‘Four’ & More, captured live two years earlier at Lincoln Center’s Philharmonic Hall, provided a template for what music could – and should – be. Now long established as one of the most renowned musicians and composers on the scene, Payton has convened two of the legendary musicians who played with Davis on that album, bassist Ron Carter and, as a special guest on two tracks, saxophonist George Coleman, to craft some exemplary sounds of his own.

Far from a tribute or a look back, however, Smoke Sessions is a wholly contemporary new album that vibrantly captures Payton’s open-eared blend of swing, funk, soul and hip-hop influences with drummer Riggins’ expansive fluidity behind the kit and Carter’s renowned, rock-solid majesty on the bass. Payton seizes the opportunity to engage with that recognizable voice in multiple forms, taking both the Miles and Herbie roles as trumpeter, pianist and keyboardist via the multi-instrumentalism that has become a thrilling trademark of his approach.