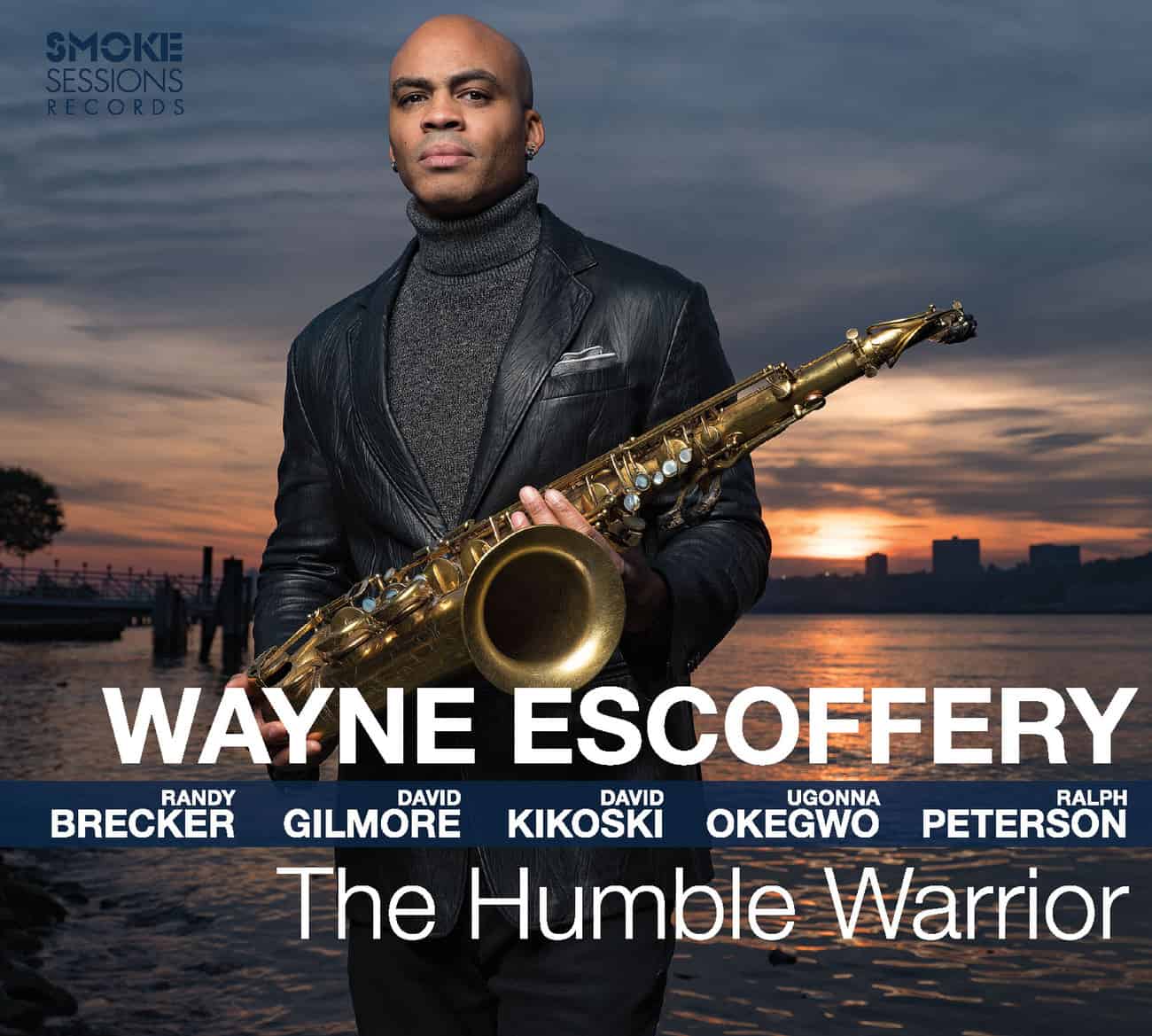 SAXOPHONIST WAYNE ESCOFFERY IS RENOWNED for his fiery, muscular and virtuosic tenor playing, but his explosive sound is paired with a soft-spoken and thoughtful demeanor off the bandstand. In many cases both of those aspects of his personality can be credited to the same inspirations, giants of the music who paired estimable talents and imagination with rock-solid integrity.

On his latest album, The Humble Warrior, Escoffery pays homage to those figures with his most ambitious and wide-ranging set to date. While Escoffery himself strives to represents the tenets of a Humble Warrior, it would be easy for him to act otherwise given his stand-out career and ample accolades. A Grammy Award and DownBeat Critics Poll winner, he has performed with a who’s who of jazz including Herbie Hancock, Ron Carter, Abdullah Ibrahim, Al Foster, Billy Hart, Eddie Henderson, Wallace Roney and others. He has been a member of the Mingus Dynasty, Big Band and Orchestra since 2000 and toured and recorded with Tom Harrell for over a decade. In addition to his Quartet, Escoffery co-leads the Black Art Jazz Collective along with other leading voices of his generation and the next.

“We lost a lot of really great musicians in 2018 and 2019,” he says. “People like Roy Hargrove, Harold Mabern, Larry Willis, Richard Wyands, Lawrence Leathers, and, most recently, Jimmy Heath. I would describe all of those musicians as “Humble Warriors.” I have a lot of admiration and respect for them; they were all great warriors of the music but always allowed the music to keep them humble. They all exemplified the utmost humility and integrity despite their superior abilities. I hope to maintain those same traits in my musical endeavors.”