The Intangible Between (feat. the Captain Black Big Band) 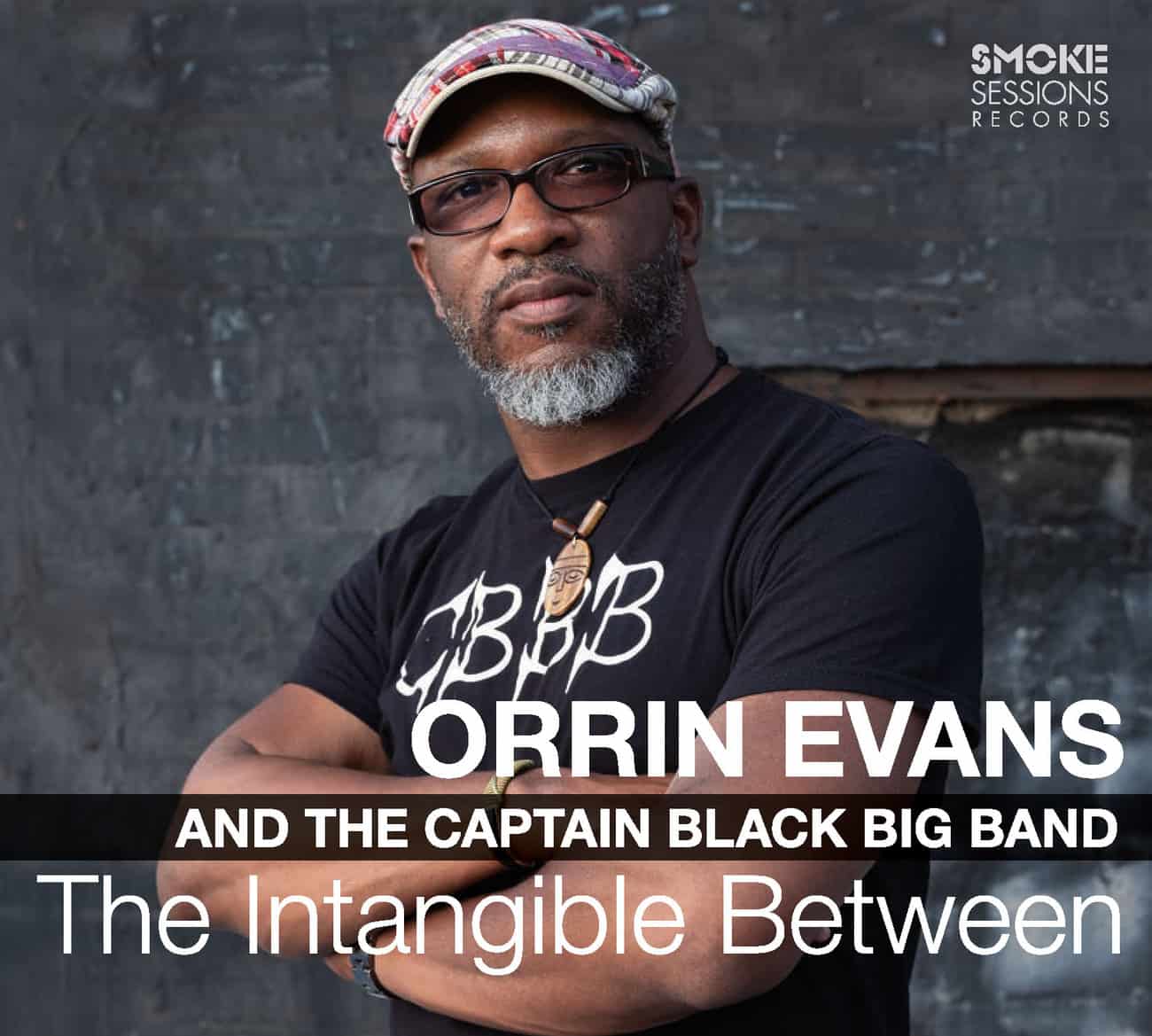 IF IT TAKES A VILLAGE to raise a child, as the proverb says, then it certainly takes at least that much to nurture a big band. Pianist and bandleader Orrin Evans has long used “The Village” to refer not only to his family-like cohort of fellow musicians in the Captain Black Big Band, but also to the extended family of fans, supporters and inspirations that have carried the ensemble to a Grammy nomination and its status as one of the most thrilling and revered ensembles in modern jazz.

Featuring both taut, keenly focused ensemble playing and raucous, spirited soloing, The Intangible Between reflects the ever-growing chemistry of the core ensemble while celebrating bandleader Evans’ open-door policy toward collaborators new and old. The rotating cast of players, while maintaining the more compact scale introduced on the band’s last album, the Grammy-nominated Presence, also features first-time members alongside veterans that joined the ranks in its earliest days and special guests whose collaborations with Evans stretch back over many years and diverse groups.

From trumpeter Sean Jones, with whom Evans has played for well over a decade, and Eric Revis to bassist Dylan Reis, a young bass protégé, to bandmates making strides in the jazz scene after being nurtured by Evans early in their career in Philly and beyond – drummers Anwar Marshall and Mark Whitfield Jr., saxophonists Immanuel Wilkins, Troy Roberts and Caleb Wheeler Curtis, and bassist Luques Curtis, among others – The Village speaks with a loud, unified and infectious voice throughout The Intangible Between.

The title, according to Evans, refers to an elusive decision point, that sense of stepping off a ledge into the unknown that comes with taking risks and setting a new course. With the overdue success he’s achieved in recent years – topping the “Rising Star” category for pianists in the DownBeat critics poll, garnering his first New York Times feature, the awards and praise garlanding his Captain Black albums, the increased focus that accompanied joining The Bad Plus – has come both opportunities and disappointments.

“This record is just about going for it, taking those projects you’ve been dreaming about and just making them happen,” he says. “The industry constantly tells you to wait, but for how long? Why not just do it now?”